You may have seen special Toons called Cast Members walking around the streets of Toontown, but do you know who they are and what they do? There are 3 unique types of Cast Members -- all of which have different jobs and interests. Keep reading to learn more! 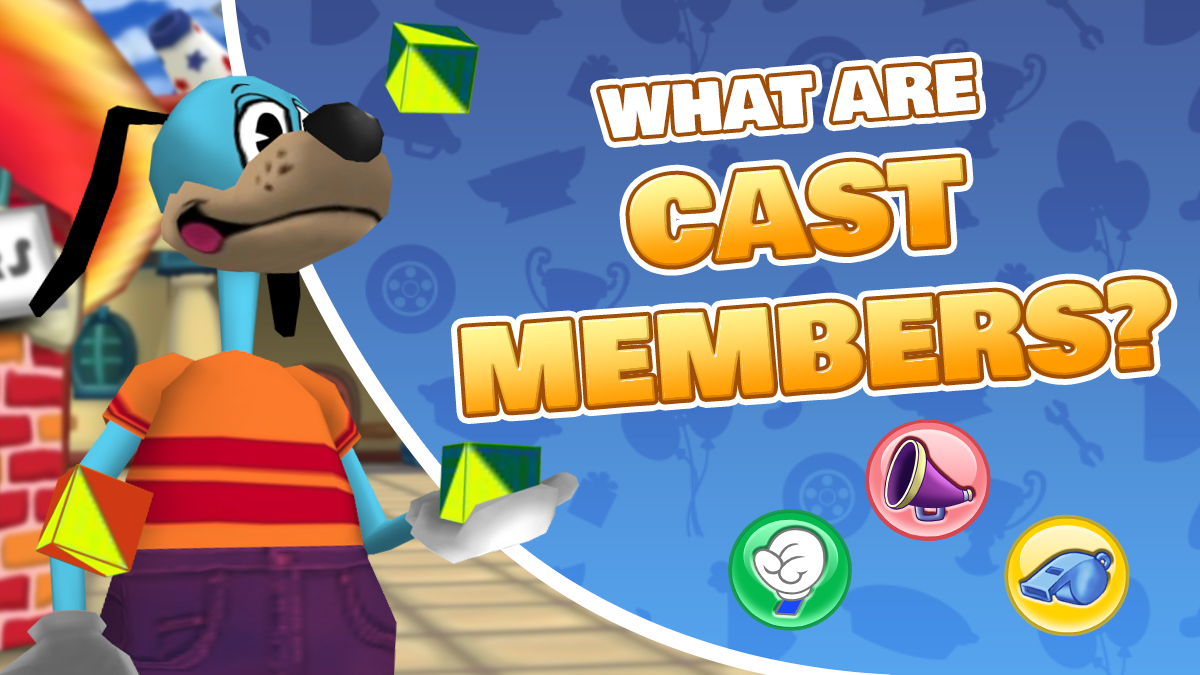 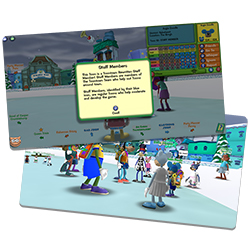 Before we get into the three types of Cast Members, let’s talk about Staff Toons! Staff Toons are NOT a form of Cast Members; rather, they’re regular ol’ players like you who progress through the game normally. However, they also happen to work for Toontown Rewritten!

They can easily be identified by their “STAFF MEMBER” Toon ID and the spinning, blue icon above their Toon’s nametag. They’re happy to answer questions, tell you about their job, or discuss Toontown on a more personal level. They’re also very friendly, so feel free to approach them when you see them! 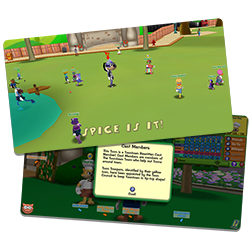 Toon Troopers are unique Toons who live inside the world of Toontown. They wear spinning, yellow badges above their nametags and have Toon IDs that read “CAST MEMBER.” The Toon Troop’s job is to upkeep, build, and beautify Toontown. They complete tasks such as upkeeping the golf courses and race tracks, cleaning Cog gears off the streets, and decorating Toontown for special occasions.

On the side, Toon Troopers enjoy activities such as hanging around the playgrounds, playing golf, kart racing, and attending parties. If you ever meet a Trooper, don’t be shy about asking them to play a game called Toon Trooper Tag, which can only be started by Toon Troopers and Featured Toons. They love playing silly games! 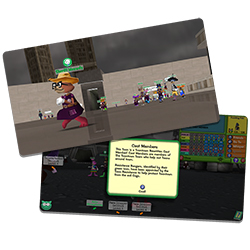 Resistance Rangers are unique Toons who live inside the world of Toontown. They wear spinning, green badges above their nametags and have Toon IDs that read “CAST MEMBER.” As esteemed members of the Toon Resistance hand-picked by Lord Lowden Clear himself, their job is to fight the Cogs and protect Toontown.

Rangers most often come out during Mega-Invasions and other special events but can also be seen on regular days. They’re always willing to help out a fellow Toon, so you can definitely invite them to join you in Cog battle anytime. If you’re lucky, you might even earn a Cog Crusher outfit by defeating Cogs with them! 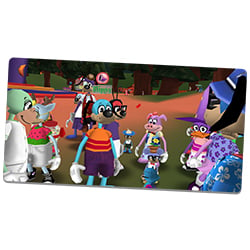 Featured Toons are the newest kind of Cast Members, who wear spinning, pink badges above their nametags and have Toon IDs that read “CAST MEMBER.” They are well-known Toons -- such as Flippy and Doctor Surlee -- brought to life.

Featured Toons play important roles in Toontown’s history and are the rarest kind of Cast Members you’ll ever see, so meeting one is a special treat! When you see one, it’s often because they’re celebrating something or taking a break from their usual Toony duties. They tend to be open to suggestions on what to do.

Now that you know who Cast Members are and what their jobs are, you’re ready to meet one! Although there are certainly times when Cast Members may be out and about more frequently than usual -- such as after an update release, during Cartoonival, or during a Mega-Invasion -- they’re also fond of surprise visits. You never know when a Cast Member is right around the corner, so keep a lookout and stay Toony! 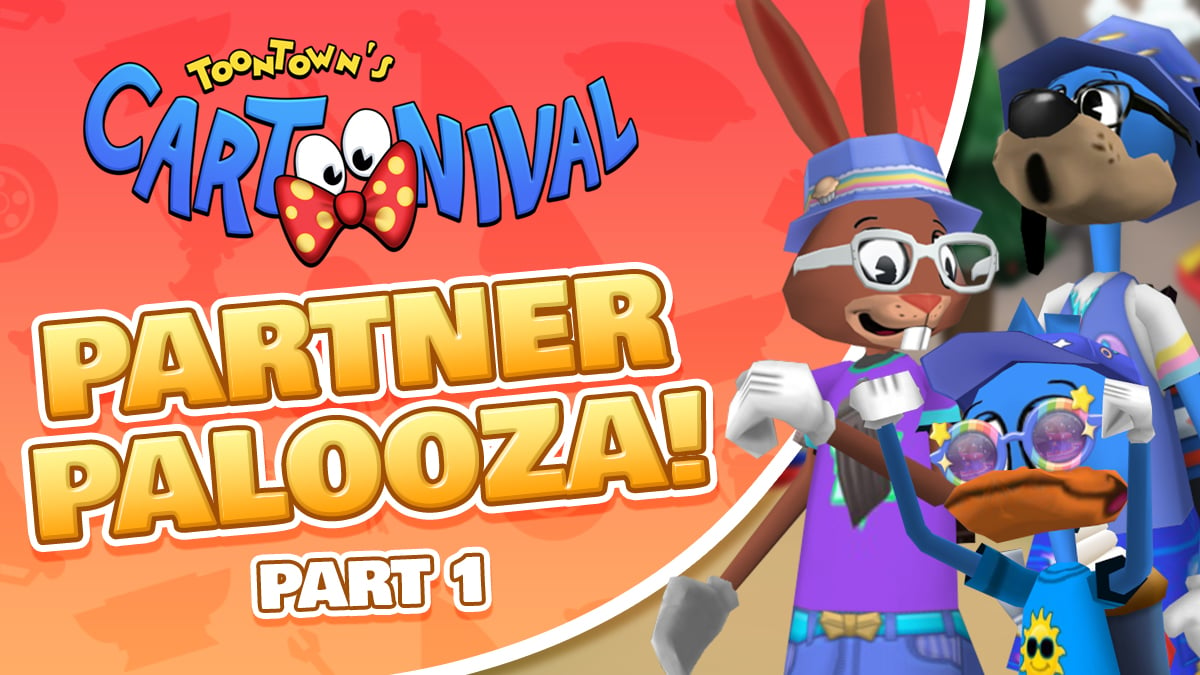 The Cartoonival 2021 Partner Palooza, Part One 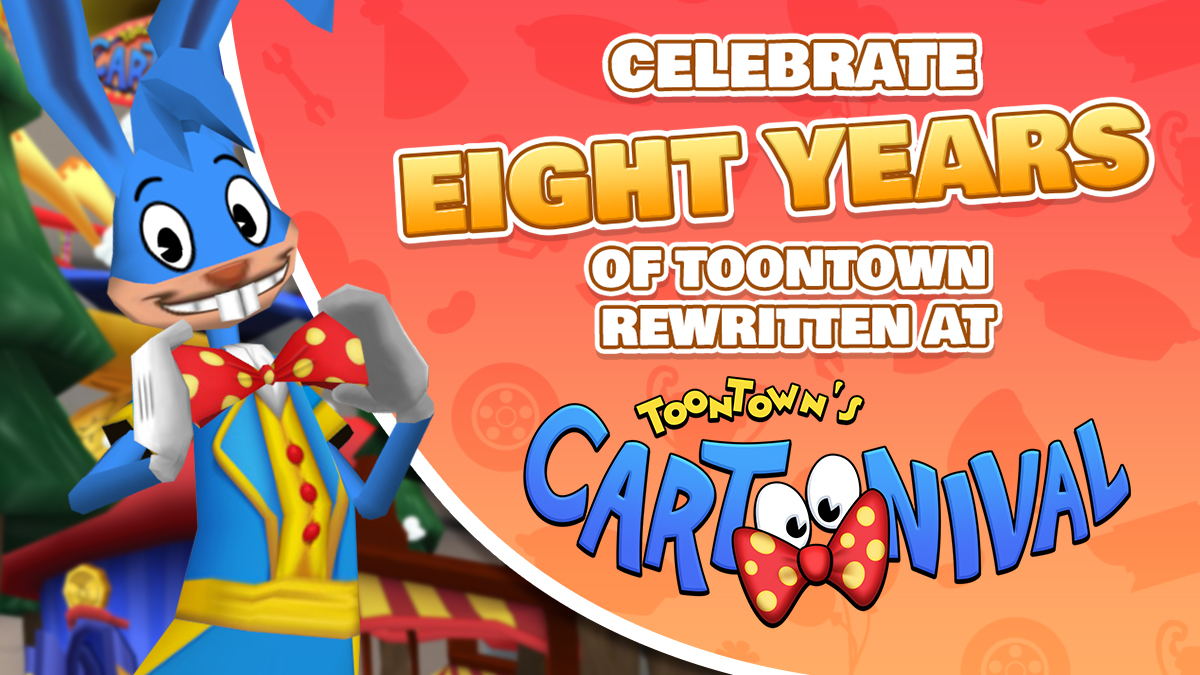 Gather ‘Round, the Cartoonival is in Town! 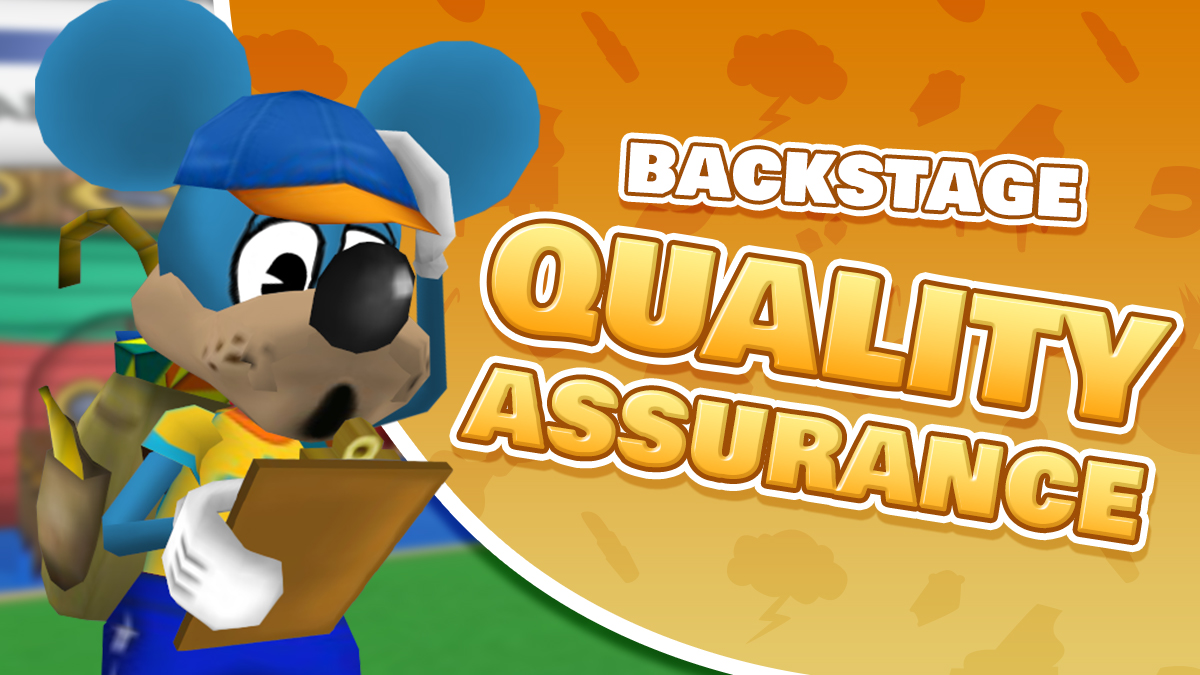