To Whom it May Concern

To whom it may concern: (And yes, that means you, Doctor.)

Shall we say who we are?
I don't think we even know who we are.
Fair point! Continue.

You may be - and have been - interested in the contents of this little memo. We would have given it to you directly, but you seem to have picked up on the ripple effect you caused and locked yourself away from it.

Are we not part of the effect, though?
I suppose we are.
So by running away, it seems he has simply created another ripple.
Interesting. How do you think that will play out?
The same way it always does. Show him the memo. 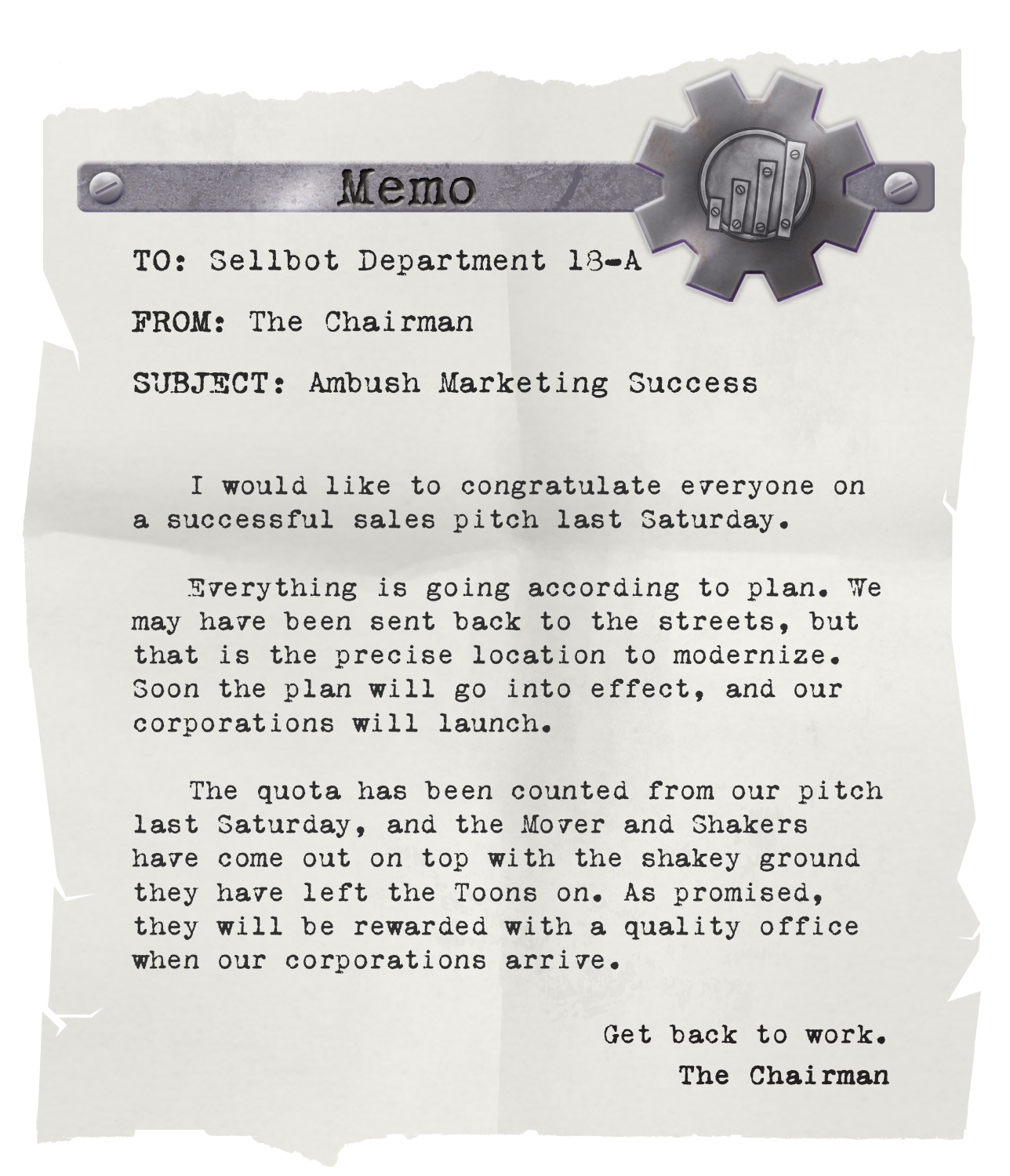 The ideas you "inspired" into the toons, Doctor, are not giving them as big of a head start as you would wish. You are merely speeding up what has already begun. We do hope that you know what you have gotten all of us into - and frankly, I'm sure that you do.

We'll see you next month. Perhaps we will have figured out who we are by then, though I wouldn't count on it. Time is ticking, after all.

The Countdown to Beta

Did somebody say Beta Gameplay?

To Whom it May Concern

The End of an Alpha Era